Isn’t it interesting how current events dictate the content of conversations at social gatherings? The media spotlight on sexual harassment certainly influenced the discussions at events I’ve attended recently. During the past month, I’ve eavesdropped on and participated in a dozen conversations related to the recent high – profile misconduct allegations. All of them gradually turned into real life stories of what goes on in workplaces right here in eastern Nebraska. There were two categories of conversation:

Women are talking openly, describing the type of thing that goes on in their workplaces. After the first woman tells a story, the next one tops it with an even more vivid example. Guess what? Every woman I’ve talked to so far has a story. Some of the women admit that things have improved. As in, “You should have seen it ten years ago if you think it’s bad now.” But a lot of the conversations were about current behaviors and how women feel about the realities of harassment in their lives. They all seem glad that at least some of the bad guys are getting caught and punished.

Men are talking too, and they are identifying other guys they know who are the “really bad” offenders at their workplace. They admit to being aware of men in their workplace who openly discuss sex, view porn on their computers or tell raunchy jokes. Every Man I’ve talked to so far has a story. All of the men can clearly identify the guys who have gone too far. But they aren’t sure where the behavioral boundaries are, and ask questions about whether they can even compliment a woman on her appearance. They are quick to point out that they are sometimes faced with women who dress seductively and/or behave in a flirtatious manner, without concern for repercussions. Men seem aware, confused about a perceived double standard, defensive and a little worried.

I wasn’t surprised by the stories I heard. (I’ve been in HR for 35 years.) What did surprise me was that there was not one person who said that they worked in a workplace free from sexual harassment. It’s pretty clear that every adult has seen or experienced sexual harassment at work.

This leads me to the conclusion that prudent employers need to brush the dust off their sexual harassment policies and revisit training opportunities in order to prevent or correct harassment in the workplace.

What should your Sexual Harassment prevention program look like? I’m sorry to tell you that there isn’t an off-the-shelf answer to this question. The EEOC is very clear that the program and the training will not be considered adequate unless it is tailored to each specific workplace and workforce.

Your HR Team at CFO Systems is prepared to collaborate on the development of your Sexual Harassment prevention program. Call us today to discuss the possibilities. 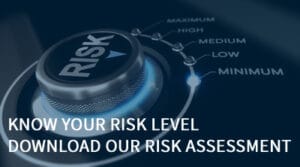